I had mentioned to a friend that my husband and I are attempting to restore the tile in our bathroom to its original state. What was once a floor covered in white paint (why?!) is now one of two-tone fun: a rose-pink border with an extremely light sort of lavender/grey center. My friend asked when the house had been built. When I told her the year was 1944, she said, 'Oh! That's probably Mamie Pink!' Whose pink?

From what I gather, Mrs. Eisenhower, 'Mamie' to her friends, adored the color pink. When she and President Eisenhower moved into the White House, she set about redecorating the residence leaning heavily on her favorite color: PINK. The White House was dubbed The Pink Palace during her tenure. Pink became the color du jour for decorators & Mamie Pink bathrooms began popping up all over the country. Given that Mrs. Eisenhower was First Lady in the 50s, my pink-bordered bathroom pre-dates the pink tile bathroom trend. And when I came into the world in the 70s, rooms in homes were awash in pea and avocado greens. Pink had been sidelined. 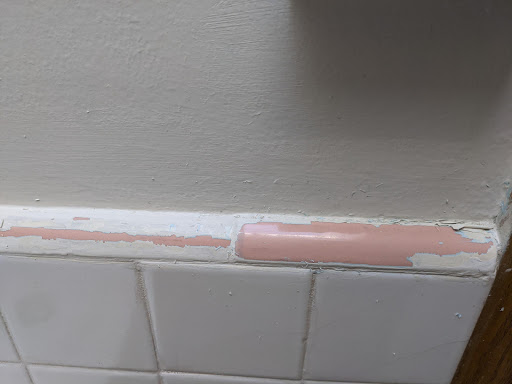 Scraping white paint off the trim.

I was starting to feel a bit anxious re: Covid vaccination accessibility last month. Starting back in January, relatives and friends of frie... 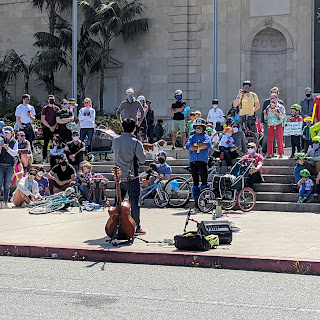