The Dahlia Garden in Golden Gate Park is still flush with fantastic flowers. I cycled over this past weekend to take in the view and snap a handful of pictures.

Here is a not-so-select batch of photos: 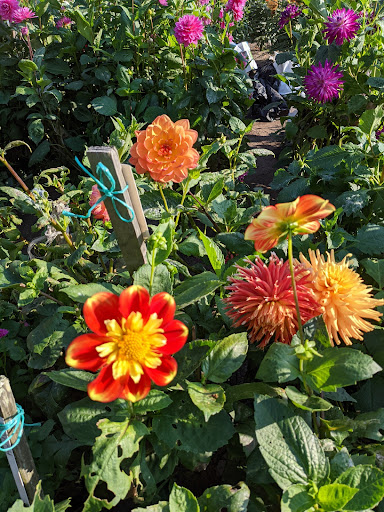 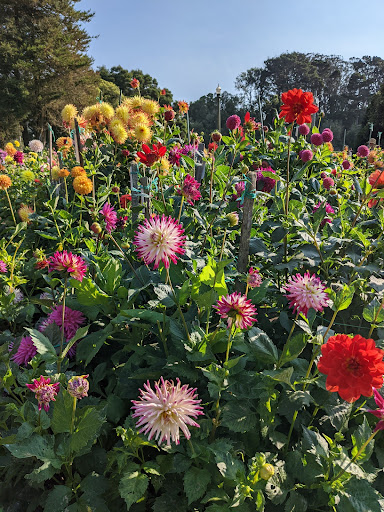 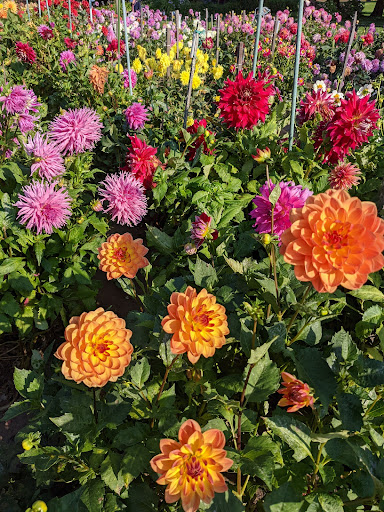 I don't have the greenest of thumbs, but, inspired by this lovely garden, I wanted to try and reproduce some of the magic in my own back garden. What I learned from my first attempt at planting Dahlias was important.
So, here's what happened when I didn't start out doing the above two things---
MEGA amounts of moths had laid eggs in and among the densely packed together plants thus resulting in my plants being devoured by nocturnal caterpillars. Once my husband and I figured out what why flowers and leaves were being munched to death, I went out four nights in a row armed with a flashlight and gloves and picked off as many caterpillars as I could find. I also tore out those few plants that had been noshed on beyond all repair and made it so I could easily see the soil (and thus the bugs) around the remaining plants. Now I check the Dahlias every few nights or so for crawly interlopers. So far, so good.

I was already slated to adopt a kitty from a local shelter when I came across Bart running around the mean streets of Bernal Heights. I hadn... 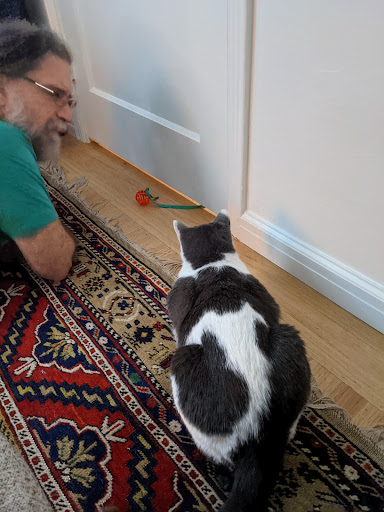